We are pleased to introduce version 11.5 of our ChemDoodle 2D software. This update is free for all ChemDoodle subscribers, Lifetime and Site licenses. Licenses are as little as $15, and we have a free trial available at: https://www.chemdoodle.com/ 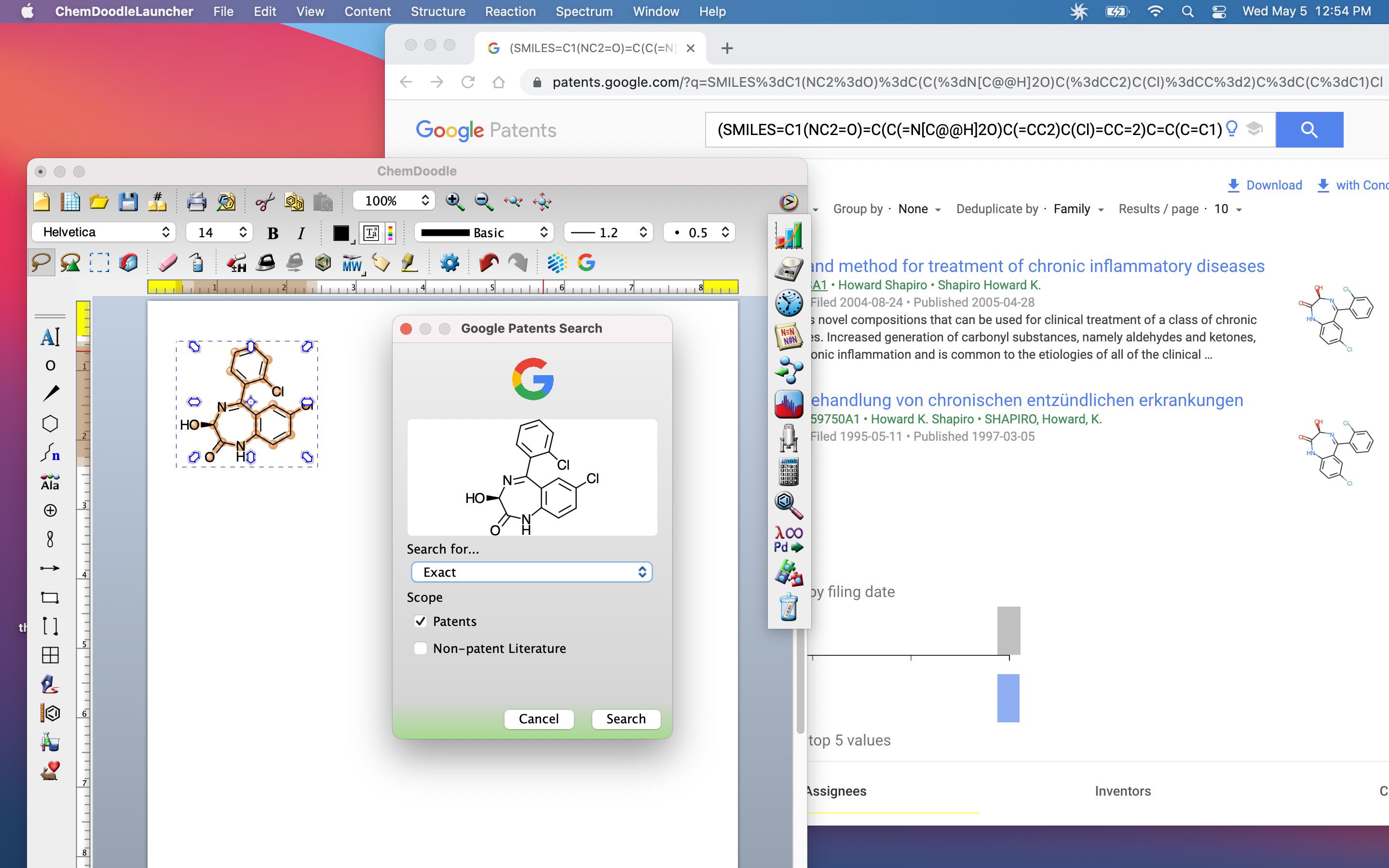 Search the Google Patents and non-patent literature databases at Google directly from structures drawn in ChemDoodle.

ChemDoodle 2D v11.5 is a feature update. This update is all about databases. Google Patents is integrated to allow you to search the Google Patents and non-patent literature databases using structures drawn in ChemDoodle. The SciFinder-n interface has been improved and updated. A new PubChem protocol, PUG, replaces the old Entrez protocol for better results from the MolGrabber widget. RCSB PDB database connections have been switched to HTTPS.