We are pleased to introduce version 11.7 of our ChemDoodle 2D software. This update is free for all ChemDoodle subscriptions, Lifetime and Site licenses. Licenses are as little as $15, and we have a free trial available at: https://www.chemdoodle.com/ 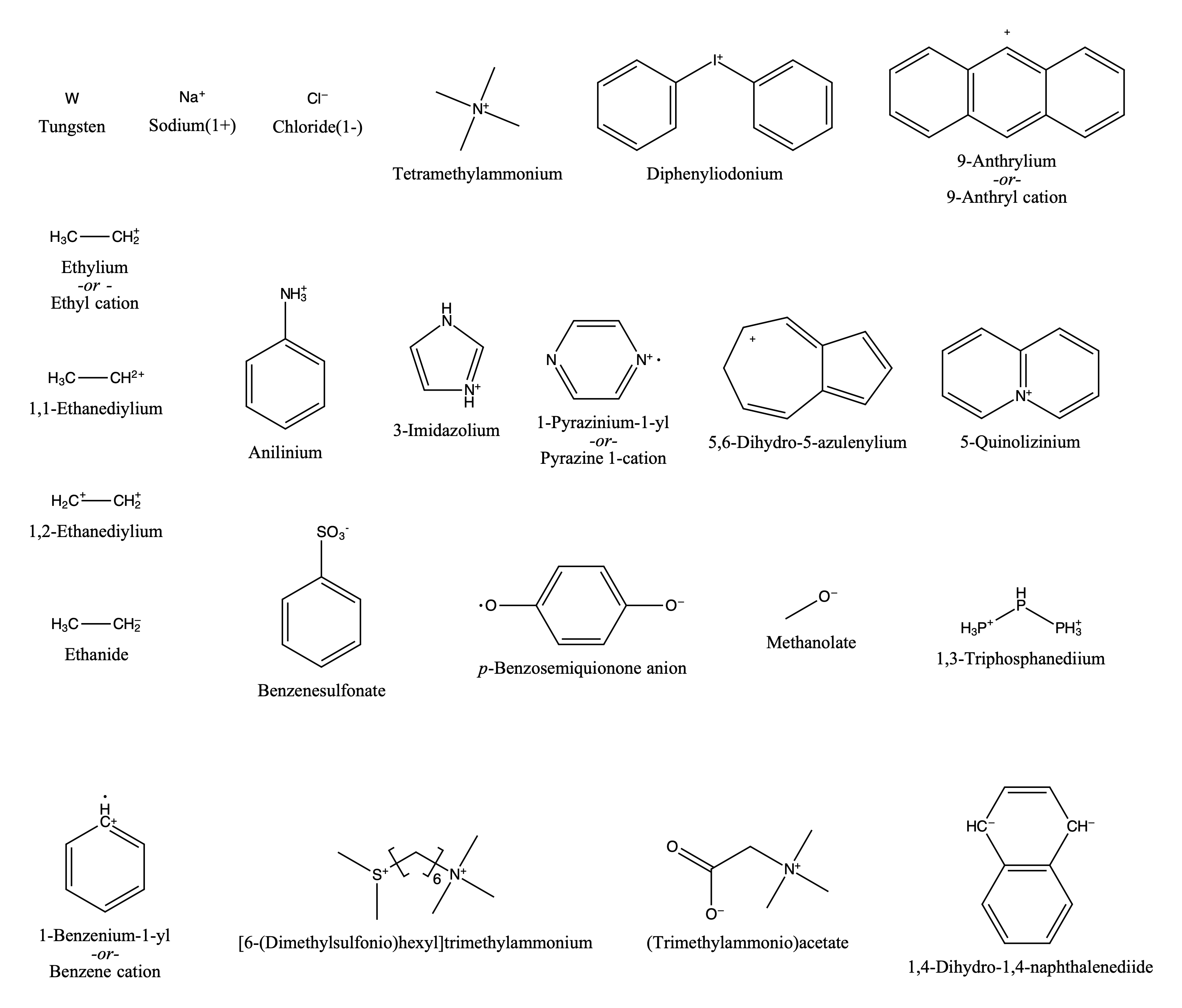 Various ions named by ChemDoodle 2D. ChemDoodle 2D has many options for naming, some of the relevant ion options are shown.

ChemDoodle 2D v11.7 is a feature update. The main new feature is expert IUPAC naming support for ions, as well as other IUPAC naming features.